Bond. James Bond. And who are you? 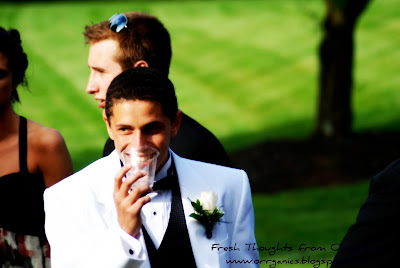 The white dinner jacket. "Did I have you at hello?"

Need I say more to conjure up the picture of the debonair, well-dressed man? Thinking Sean Connery anyone? George Clooney, Daniel Craig...
Oh, I wandered a bit - yes, back to the story.
The white dinner jacket. Not even in the same category as the light blue tux by way of alternative to the traditional and elegant black tuxedo. So what is the history of this oh so fabulous look?

Well,  - in short - it is said to have come into fashion in America in the 1930s/40s via Humphrey Bogart - Casablanca anyone - along with the integration of the black dinner jacket as a de facto evening wear  alternative to the more formal coat and tails (the tailcoat).  It emerged in the 20s and 30s as a way for wealthy men vacationing in warmer climates to dress formally for dinner without feeling the heaviness of the dark color.

The white dinner jacket is traditionally never worn in England - except abroad - which by interpretation would mean - never worn in England. It is traditionally worn only after Memorial Day (Easter in the South) and not after Labor Day (except for Prom, in which case anytime is fine) unless you are schmoozing in the tropics.  Style wise; note that the labels on a white dinner jacket are of the same fabric as the jacket - differing from the black tuxedo jacket which has satin lapels or collar.


White or black, going for a classic and formal look, the results are  Über fabulous, just like this  timeless wedding invitation we created recently. 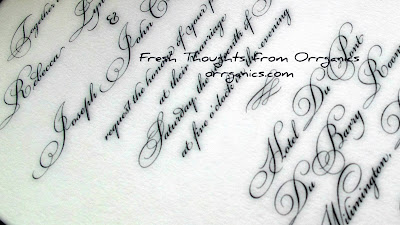 Yes, it was Prom.
And congrats to some of my favorite clients - Becky and Joey!

FYI:
The black tuxedo jacket as the replacement for the formal longer coat and tails has its own interesting history. It is reported to have been spotted for the first time in the US in - where else - Tuxedo Park, NY in 1886 after some say a guest reportedly cut off his "own tails";  others attribute the new style to Pierre Lorillard IV, in NYC, or the Prince of Wales who had one made for him by his own tailors in or around 1860. It was at first the informal alternative to the tailcoat worn by the upper classes to dinner, then it was viewed as semi formal attire until finally after World War II it became what is now the fashion for special occasion and formal attire.