EMU - An Egg of a Different Color 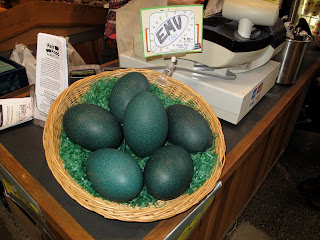 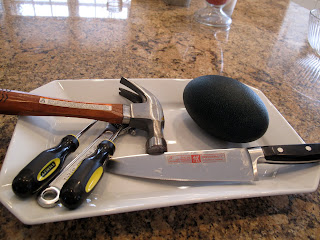 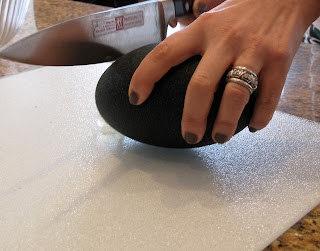 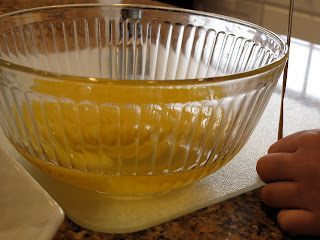 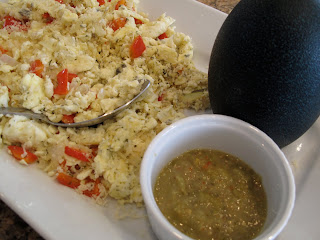 With the newest snowfall, today seemed like just the right day to crack open that EMU egg sitting in the fridge - if I could find the right tool. Attracted to the EMU egg due to its blueish green color ( a bit darker than the pantone color of the year), I paid the $10 for an egg that holds the near equivalent to 8-10 hen eggs (tad higher ratio of yolk to egg white than the average hen egg). It is about the size of a mango.

It was suggested to me that I use a hacksaw or blow it open thru a hole on each end. That sounds pretty disgusting to me so I did NOT opt for that method. In the end, a big old kitchen knife did the job - but I did "chop with intention!" The yolk is a bit lighter in color than the hen egg, it fluffed up a bit more than a traditional egg and it really was good (perhaps the butter). While the shell has an awesome color, I realize it might sound unappealing to the first timer. However, I can assure you that the taste is basically the same as a fresh hen egg. Next snowfall we do quail eggs - their shells have a really nice spotted design.
Posted by Jackie Orr at Friday, February 26, 2010

Email ThisBlogThis!Share to TwitterShare to FacebookShare to Pinterest
Labels: color of the year, emu