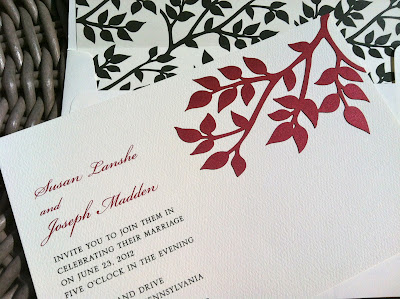 This June bride came to me just a few weeks ago - could we get something down fast enough for her June 23rd wedding? Absolutely, I would never let done a bride - love brides!
Hers is a casual backyard wedding and she wanted to incorporate nature, keep it elegant and not too feminine. I think we accomplished all that!

On a recent trip to Paris, we happened upon a wonderful exhibit at the Jeu de Paume Museum. It was a real treat, a retrospective on the American photographer, Berenice Abbott, who spent many years in Paris, in the 1920s, socializing and working with many of the great intellectuals and artists of the time. To quote from the program description:

The exhibition also features a substantial selection of images form her Changing New York project (1935-1939), for which she is best known. This undertaking was Abbott’s own initiative but was financed by the Works Progress Administration, part of Roosevelt’s New Deal efforts to combat the Great Depression. Conceived as both a record of the city and a work of art in its own right, this ambitious government commission focuses on the contrast between the old and the new in the rapidly changing city.


I love the subject and her images are an incredible record of the City during the early 1930s.

And, of course this invitation was eye catching - an 1926 exhibit of her portrait work. 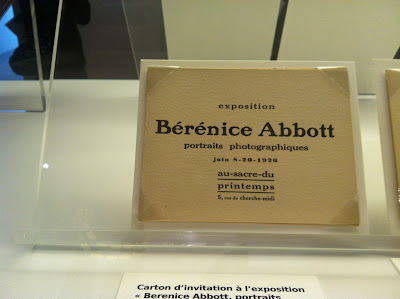 The exhibit is currently in Toronto thru September 19th.
Posted by Jackie Orr at Friday, June 01, 2012 No comments: